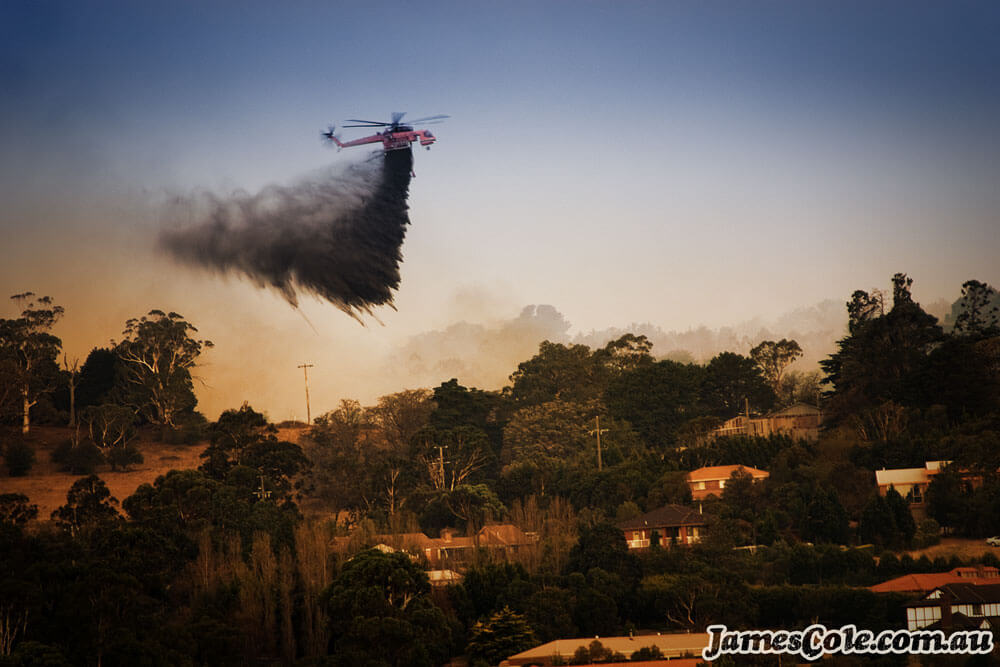 Bushfires are part of life when living in Australia. The fires of February of 2009, would become known as Black Saturday. These were the most devastating fires in Australian history with 173 people killed and hundreds more injured.

This image was taken at the end of the road I was living at the time. The helicopter known as Elvis tirelessly worked to save houses and farmland. Dumping load after load in an attempt to douse the flames.

The word hero is thrown around a lot these days. None are more genuinely heroic than the firefighters who risk everything so that we can live in safety.