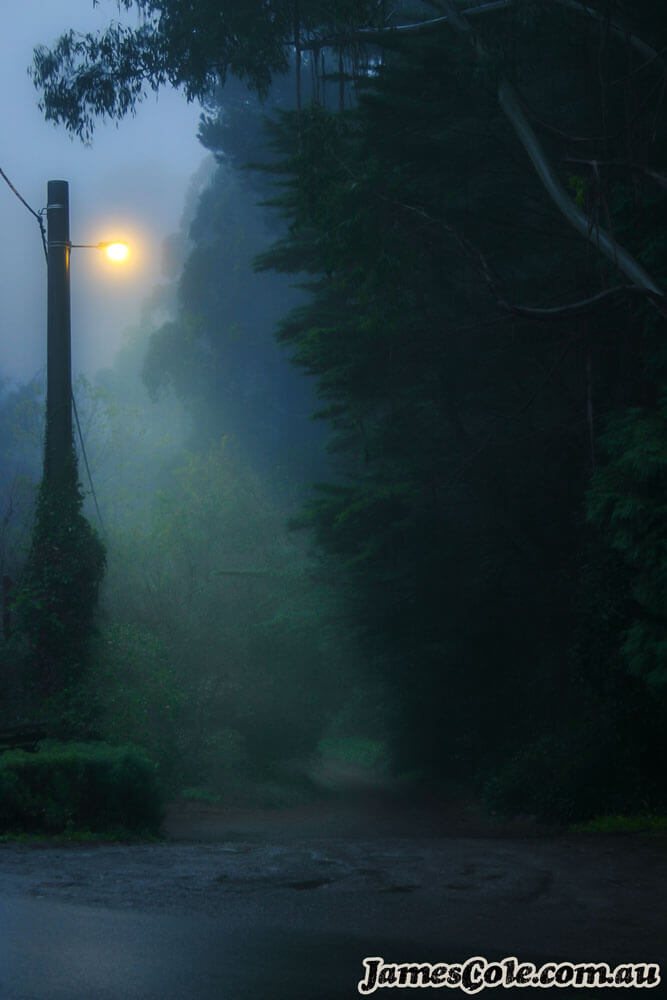 It's dangerous being my friend, so I appreciate all those who tolerate me immensely. I still recall this cold winters morning in Olinda on Mount Dandenong. The night before I had called my friend Ollie to see if he wanted to meet up the hills for breakfast.

"Breakfast??" He cried. "You mean around 11?" Ollie likes his cozy, peaceful weekend mornings, so I knew he wouldn't be up for the stupid-O'clock I was planning.

I got a grumbly okay, only when I mentioned hot fresh bread from the local bakery. Of course, I got up there much earlier, around 5am, to take a bunch of photos in the damp, foggy atmosphere.

That's where this photo came from. I thought the eery glow of the light in the fog had a magical feel to it. I set the tripod up as the low light required a fairly long exposure. I experimented with a few settings, including one long exposure where the whole scene looked like daylight. That completely lost the magic.

After the photos, I met up with Ollie for breakfast at the bakery. He didn't believe that I'd gotten there so early.