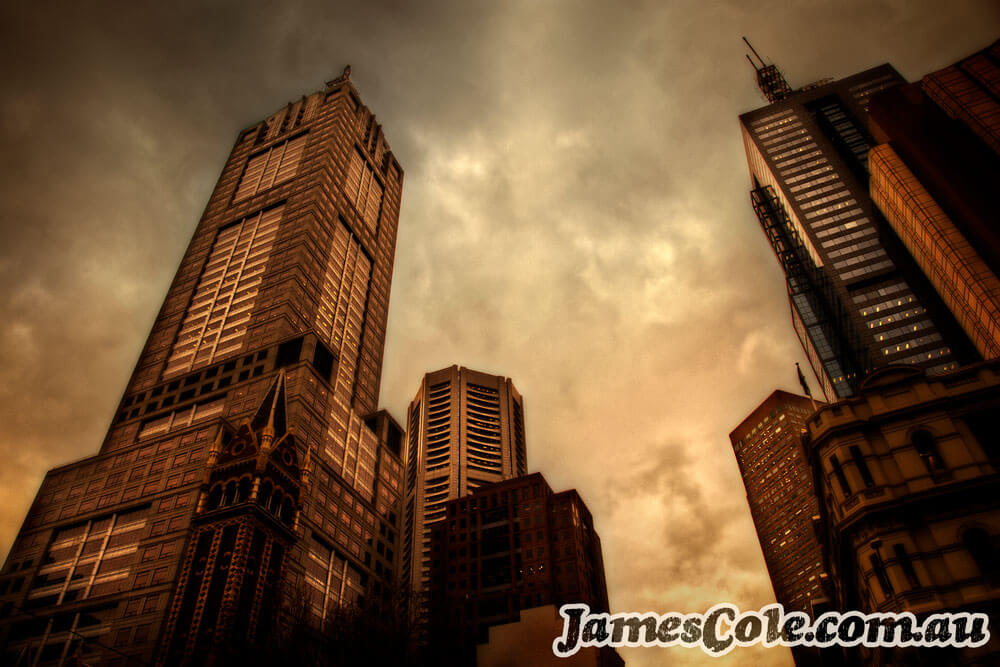 Sometimes photos are planned with meticulous attention to detail; I’ll be at this location with the best view and these GPS coordinates; it needs to be the third Sunday of that month at 3 minutes past midday on a leap year, cause that’s when the Sun will be at whatever degree in the sky giving the perfect light to whatever and so on... Other times you just happen to be there and snap at the right time from the right angle and it looks amazing making you wonder why you spent so much time planning other shots in the past.

I would love to say that this one was planned but alas, it was not. I had spent the day scouring Melbourne for locations for an upcoming film shoot. While standing in the middle of an intersection waiting for a break in the traffic, my eyes gazed up and I noticed the cool angle of these magnificent structures. They felt like they had been standing there for eternity and could stand for eons more. I quickly pulled out the camera and grabbed a shot before the lights changed and I could walk on.

Back in the studio some weeks later after completely forgetting I had taken this shot, I came across it while going through the location shots. It was a nice photo but certainly lacked the dramatic impact I had felt at the time. I used a combination of Lightroom, Photomatix Pro and Photoshop to turn the image into what you see now. I think I have managed to recreate the moment and feeling I had at the time.