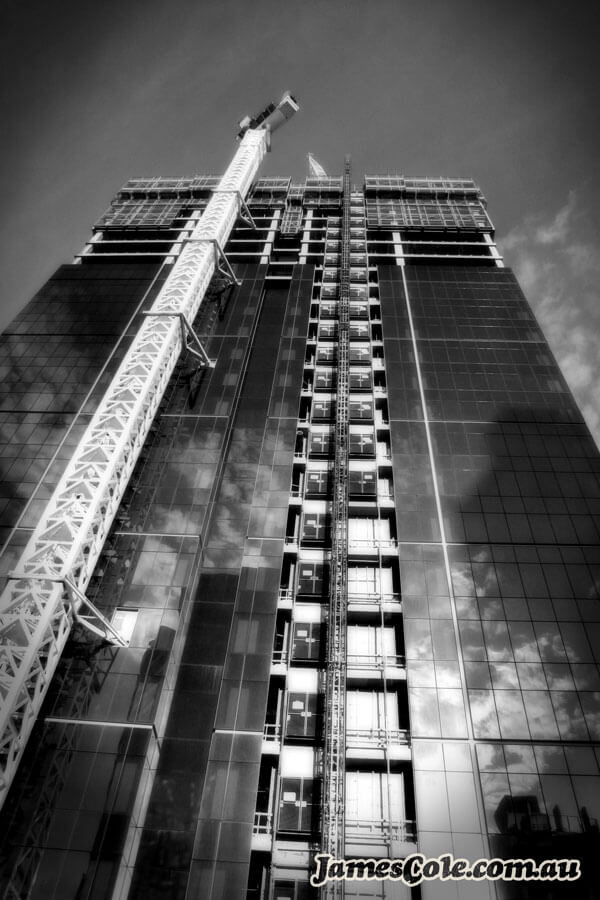 While working on a film being shot in Melbourne, I required some still photos of general cityscapes to be used in a number of visual effects shots. I set out with the camera and wandered around the city for a couple of hours taking a bunch of shots.

When sifting through them all back in the studio, this one grabbed my attention. Useless for any of the effects work because of the angle, I thought it'd make a nice photo on its own.

A number of the other shots I took that day have found their way into several movies as background and visual effects elements.