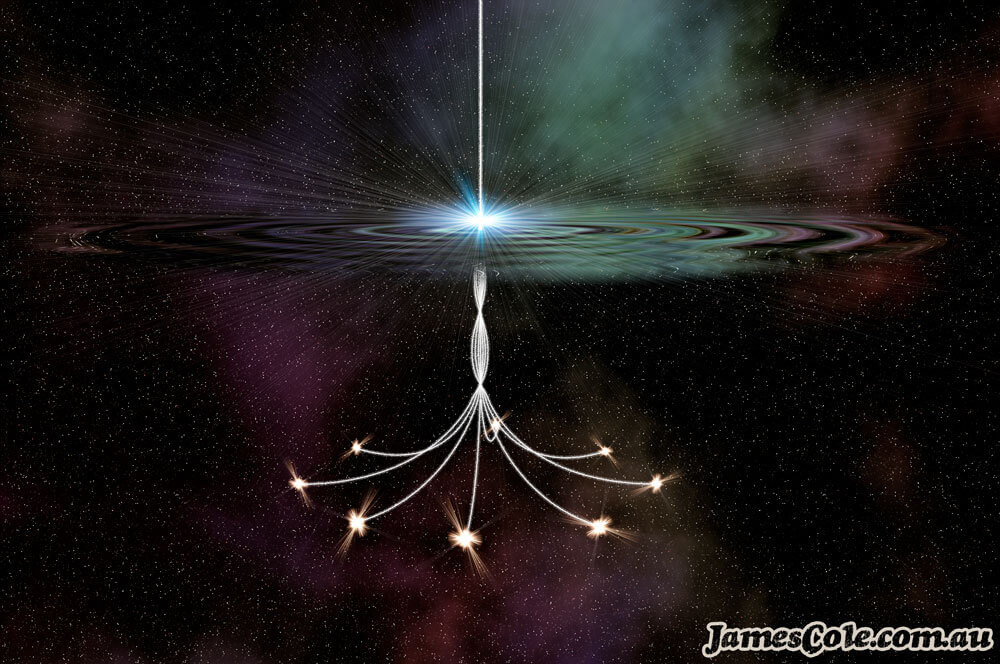 This artwork was conceived out of a spiritual pathway and set against the heavens of space.

While talking to long-time friend and collaborator Chris Daniels about life, the universe and other such small-talk subjects, he doodled a doodle. The doodle was a few wavy lines that merged and shot off into different directions.

Later that evening, after he'd gone, I got to work in Photoshop to create my own interpretation of the doodle. There was something about it that inspired me. Something intangible that gave it an energy.

A few years later this was one of the first images I had publicly displayed in a gallery and was the first piece of art that I ever sold. The lady who bought the print said that it reminded her of a Reiki symbol.

Over the years, many people have been drawn to this image above all others. Each person has their own interpretation for it and I always find it fascinating to hear the different views.

What meaning does this image have for you?