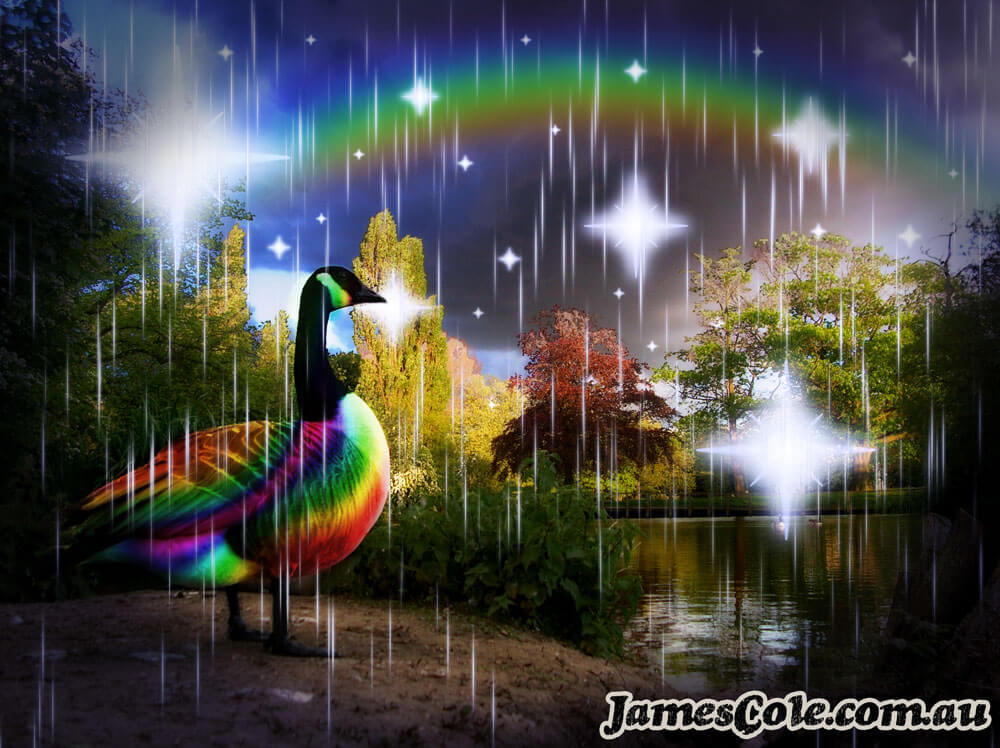 I'm not going to sugar coat it. I really don't like this pic. It's gaudy, it's meaningless, and it's even done badly.

So why have I put it here?

I can't explain it. This is one of my highest selling works. People clearly have no taste...

This was another piece I created for the NAPP forum photoshop battles. I had no time but really wanted to submit a piece. So I sloppily used a bunch of Photoshop techniques I'd wanted to play with. Then uploaded the image.

I thought it was crap back then.

I think it's crap now.

But here it is. I'm sure I learned something from it. I hope.