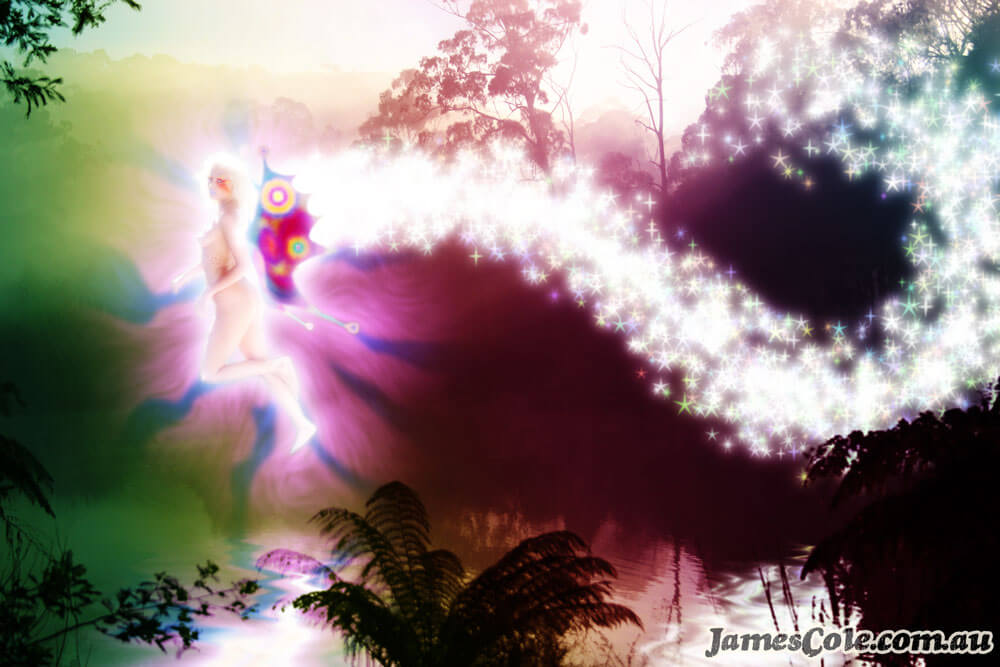 One early winter's morning, I made a photographic trip to the Dandenong Ranges as I knew the fog would be out. It was. I took a lot of photos of different places, rushing around, trying to cram as much in as I could before the fog lifted. I've always found the rainforest to be a magical place, as if fairies and goblins and mystical creatures are always lurking, just out of sight.

Upon looking at the shots, I decided I wanted to create a fantasy image with a magical fairy floating through one of the images I'd taken. I picked a shot of a misty lake and then found a stock photography shot of a nude girl kneeling on a chair. I cut her out of the image and she looked like she was perfectly floating fairy-like.

I went to work adding makeup and wings, light rays and lots of sparkles. Making it as colourful as possible, I think the end result came up pretty good. Especially for a first attempt at this kind of art.