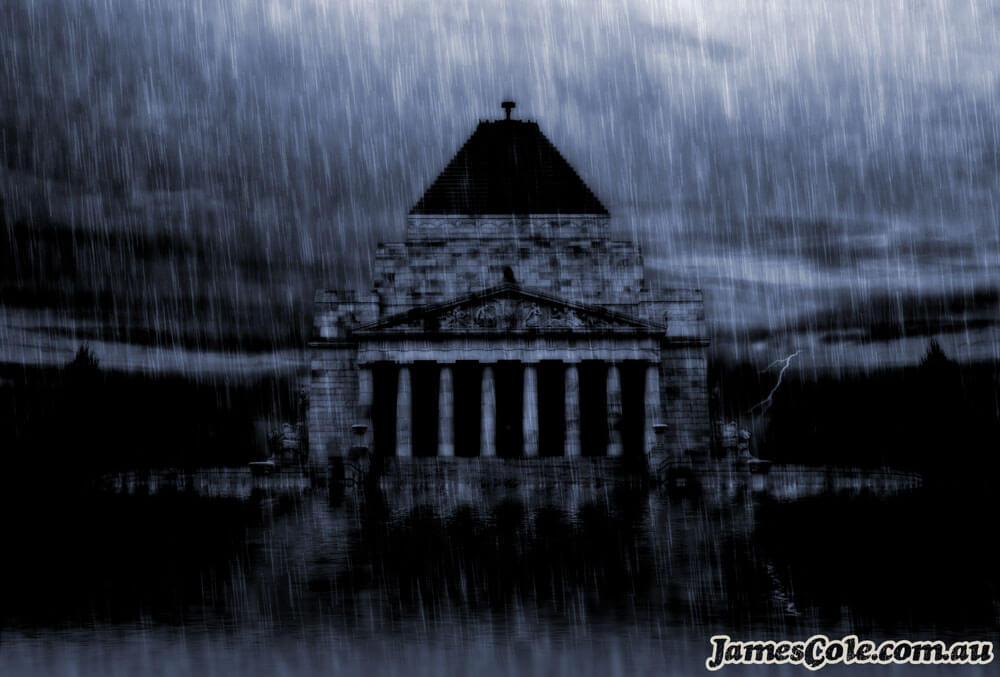 Sometimes I take a photo, look at it, feel nothing and move on. Then some time down the track I'll look at it again and get a spark of inspiration. That was the case with this one.

After a photography trip to the city, I took a bunch of photos around the Shrine of Remembrance war memorial. Being a tourist spot, getting a shot without people all over the place was impossible, so I wrote it off as nothing more than a happy snap that was useless from an artistic point of view. A year or so past and I was in the mood for creating something dark, something gothic and menacing. Cue imagination...

I rediscovered this shot and instantly knew I could work with it. Of course, the first part was painting out all those pesky tourists (never admitting that I too was one) as well as other buildings in the background.

I then went to work toning, creating an ocean, replacing the sky, adding lightning, rain and some evil eyes peering out from the darkness. Then end result came up pretty much how I imagined it. I was happy.

I'm sure someone somewhere thinks this is sacrilegious and disrespectful to show the Shrine of Remembrance war memorial in this state. To those people I say, isn't it great that there's so much content on the web that you can simply choose to go look at something that doesn't offend you. 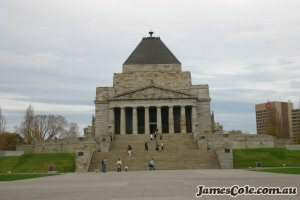