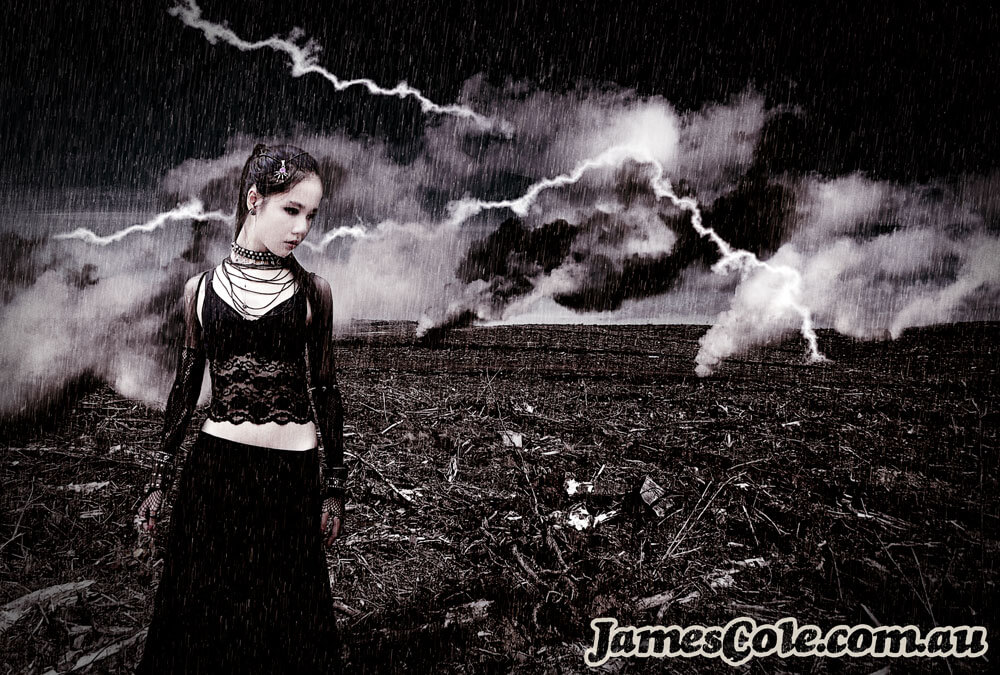 This post-apocalyptic image was created in Adobe Photoshop from a number of different elements. Most are my own photographic elements. The model was photographed courtesy of nanfe-stock @ deviantart. The background was a photo I captured of a tree farm after the devastation of harvesting. The ground was all churned up and littered with debris of the once forested land. It didn't need much tweaking to make it look as desolate as it does in the final image.

The smokestacks were taken from shots of steam billowing out of a factory chimney. Shooting the steam against a clear blue sky made it a lot easier to separate it from the background. These were then coloured, doubled up and some of them darkened to create the black smoke.

The electrical lightning is an entirely digital creation using a variation of a common “difference clouds lightning” technique in Photoshop. If you do a Google search on that, you’ll find a whole bunch of tutorials outlining how to achieve this effect.