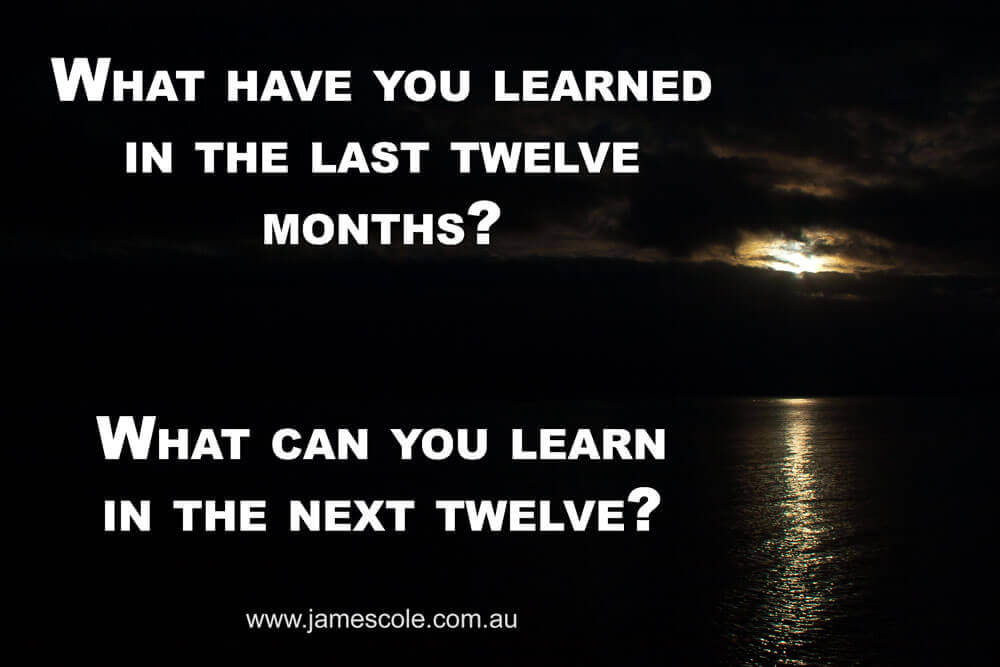 The last twelve months for me have had a real focus on learning, growth and personal development. In this time a few things have become very clear…

~The more I learn, the more I realise there is to learn. I now know there are thing I want to learn about that I had no concept of or even knew existed before

~Learning is addictive. I think my perfect day would consist of about five to six hours of learning new things, eight hours of sleeping, a couple of hours preparing food and eating (while probably watching some TED talks), an hour or so of singing and the remaining time to be made up of random spontaneous events.

~TED and Wikipedia are two of the greatest developments in human history. I spend so much time on both it is ridiculous.

~Television breeds ignorance. I’ve found my viewing times diminishing significantly. I now spend less than an hour a day watching tv. This includes gaming. It’s not been a conscious choice to do this. It just kinda happened. Spending more time watching and learning specific things on TED and YouTube and researching through articles on Wikipedia and the Internet. Then spending more time in reflection, allowing the learnings to sink in.

~All of human knowledge is available at any moment at the tap of a screen that I carry with me in my locker at all times. How freaking cool is this… To live in this moment of human history where I have this resource amazes me every day and is something I have immense gratitude for.

~There is something to be learned from every interaction and conversation that is had. Even from the stupids of the world. Every time I feel myself slipping into old thought patterns of “this guy’s an idiot”, “WTF is wrong with this moron”, of “look at this ignorant dick head…” I stop myself and then force myself to explore different perspectives. It’s amazing what you can learn from this and the compassion you can feel rather than judgement. Having said that, I’ve still got a long way to go with it ?

~The future is exciting but the NOW is where the greatness is at. I’ve always been one to live in the future with my head fully in the clouds. I’ve never had a problem with big dreams and aspirations. But I’ve spent so much time focusing on them, that I miss the awesome that is right in front of me. I’ve really learned to let go and enjoy the moment. This has reduced stress and anxiety and allowed happiness to be an immediate choice rather than dependent on some future outcome. Of course the dreams and aspirations are still there, they’re just no longer the be all and end all of life.

There’s more, but I’ll leave them for another day.

What have you learned over the last twelve months?