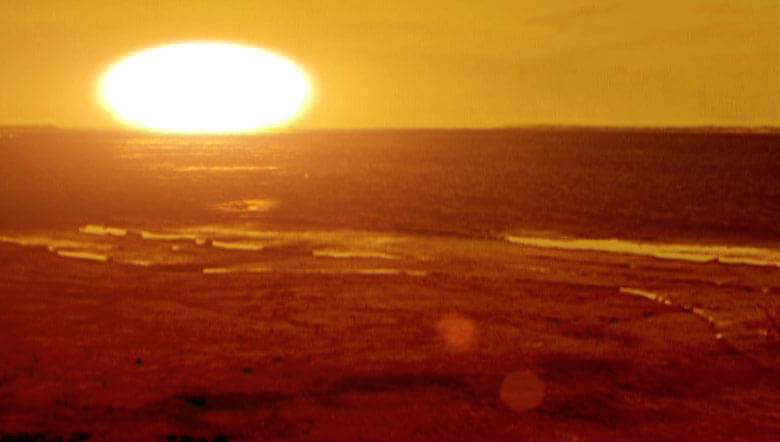 So often I’ll be watching a movie or a TV show and I’ll see a shot that jars against my viewing. Mostly I won't pick exactly what caused my reaction but I just knew something was wrong. Being the analytical person I am, usually, I’ll hit the rewind button and then watch the offending shot a few more times to see if I can figure out what drew my attention to it.

Normally, with my trained eyes, I can figure out what is wrong on the second or third viewing and more often than not, it’s a physics thing. Or more to the point a lack off. Something doesn’t move quite right or sit in the frame right or the colours aren’t reacting properly or any number of things.

The human eye combined with the unconscious mind is very good and noticing things that aren’t “right”, especially when we know what IS right. More and more these days, visual effects are being used to create real-world elements instead of the usual spaceships and dinosaurs. The problem is that we as an audience know, instinctively, how these things look and move and interact with our everyday environment.

As a visual effects artist and supervisor, I know how easy it is to get so absorbed in the work, that we rarely step away from our computer screens. I think this is one of our biggest failings. You see, by not going outside and observing the natural world around us, how could we possibly be expected to recreate it in the virtual world.

I remember a shot I was putting together on one of my first projects. It was creating a Sunset on a plain blue sky. I spent hours putting the shot together, adding a giant ball of orange light, lens flare shooting out over the scene, glistening sparkles in the water, and colouring the shot to match. At the time I was so caught up in creating the shot, that when the final render had been completed and I played it back, I thought it looked amazing.

Years later when I (excruciatingly) watched the film back, I noticed how bad this shot looked. I was stunned as my memory was tainted by the emotion of how good I thought it looked at the time when I created it. I watched the shot over and over but couldn’t figure out why it looked so bad. So, in my obsession, I got in my car and drove half an hour to the beach, where I could watch a real-life Sunset over the ocean. Now before you say anything, I had actually seen a Sunset over the ocean before but just hadn’t taken it in.

As I watched, I noticed how the light hit the water and reflected back to me. Then it hit me what I had done wrong. I had created the reflection of light tapering out from the source (being the Sun) to a point as it got closer to the camera. I recalled at the time I was putting the shot together how I had also tried the opposite of having it get wider as it moved toward the camera, but that really hadn’t felt right. As I looked I noticed that the column of reflected light appeared the same width all the way along. It showed no signs of perspective.

At the time, my logic had been right in expecting there to be some kind of perspective but that just isn’t the case when dealing with reflected light. The only way to ever know this is to observe it in real life.

From that point on I have always gotten out of the studio as often as possible and entered into the real world of nature. I observe everything in as much detail as possible. Looking to see how things move and interact with each other, how the colours and light react and mingle, how reflections and shadows are cast, etc.

By doing this regularly, not only has my work improved significantly and taken me from the realm of B grade effects to photorealistic creations, I have also witnessed many of the amazing and beautiful things around us that normally would go unnoticed. As a result, I have gained a much deeper insight and respect for this world we are part of which in turn has enriched my life more than I could measure.

“But what about those spaceships and monsters? If that’s all I’m doing then it doesn’t matter. They don’t exist in the real world...”

You are correct in saying that they don’t exist in the real world (that we know of). But the key to creating a great shot is by getting the audience to suspend their disbelief. The best way to do that is to create things that are familiar to us and work in ways that we can understand. Understanding real-world physics can be interpreted and transferred into anything you are creating, real or not.

So shut down your computers and get outside. It doesn’t matter if it’s raining, You’ll have to create a rain shot one day I’m sure. Enjoy the natural world and appreciate the wonders it has to offer. Think of it as a free encyclopedia of references for visual art.