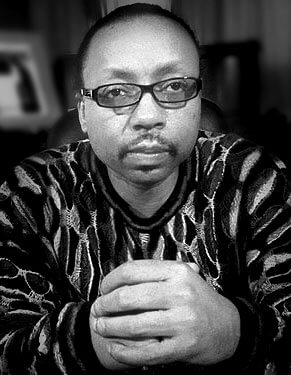 A few weeks back while I was posting some tweets on twitter, I received an email stating that I had a new follower. I clicked on the link to see who it was and read some of their tweets. The follow was from Tim Beachum with a screen name of moviebizcoach.

Needless to say, being a filmmaker, I was curious. I clicked on the link to his website fully expecting to find some book or DVD set for sale at an enormous price. Not so. What I did get was a fairly standard sales pitch page stating some of the people Tim would be interviewing in the coming weeks. The difference was that all he is asking for in return is your name and email address and no money.

This seems to be one of the big things lately. To build an email list of people that you can market to later. Subscribing to these often results in useless crap and endless amounts of spam being sent to your email inbox. So I did what any sane person would do. I signed up. The site was fairly new, so it was a few weeks before I got an email to say the first interview was coming.

I was intrigued by how Tim was operating these interviews. He was recording them as a live conference call that anyone who had subscribed could call in to. This meant live questions and answers. Unfortunately, I couldn’t make it. I got my time conversion between the US and Australia all wrong and well it just didn’t happen. Thankfully Tim placed the recording on his website a few days later.

I have to admit that I was really impressed with the interview and quality of information that was being presented. Even though I’ve been working in the film industry for twelveish years now, I actually learned quite a bit.

A few weeks later and there was another interview. Once again I missed the conference call (I feel no need to point out my short-comings in regards to working out time zone differences a second time). I got to listen to the recording a few days later and was once again impressed and inspired by the information presented.

These are no short five-minute podcasts either. These are half to an hour long, in-depth interviews that are crammed with useful information. The information has been covering a lot of areas of the film biz but there is a leaning toward distribution and in particular self-distribution. This is information for all of us indy filmmakers.

So if you have any interest in filmmaking or the film business, take a trip over to Tim’s website, sign up for the newsletter and start working on your future of filmmaking. Maybe I’ll finally get my sense of time right and meet you in one of the conference calls. This is proof once and for all that even for antisocial folk like myself, this social networking stuff and in particular, Twitter can actually be worthwhile after all.