Today I woke up around 6am which has become my normal of late. It’s hard to believe that not that long ago I was regularly going to bed at 2 or 3am and not waking up til 10ish. I’m amazed at all the little things that have happened as a result of taking the steps to get fit and healthy. One of the biggest changes I’ve noticed is my perspective on life”s events. I seem to have a much happier and positive outlook on things.

So as usual, my eyes opened and a minute or two later, I was up and getting dressed. I’ve never been one to lay in bed once I’m awake. Even on my laziest days I find it irritating. I put my shoes on and woke up Saffy, my dog. She seems to have fully embraced the lazy lifestyle and this getting up early is quite the shock to her system.

I had made a commitment to myself last week that I was going to step up the morning walk routine and see if I could conquer Olivers Hill without dying in the process. If you’re unaware of Olivers Hill in Frankston, it is not that big but is quite steep and has some wonderful views looking over Port Philip Bay. To anyone with any level of fitness, you’re probably scoffing at this right now. But six months ago, I struggled to walk 100 metres without loosing my breath and getting a crippling back pain. So for me. this was a big step forward.

As I shuffled Saffy into the car I heard the deep distant rumble of thunder. I’ve always loved a good storm so it didn’t deter me. I got in and we drove the ten minutes to the car park at the bottom of the hill. As I parked, I was greeted with the most spectacular as lightning rippled through the sky and exploded with the clap and rumble of thunder. Focused only on the mission of walking to the top of the hill, I got Saffy out of the car and began the journey. 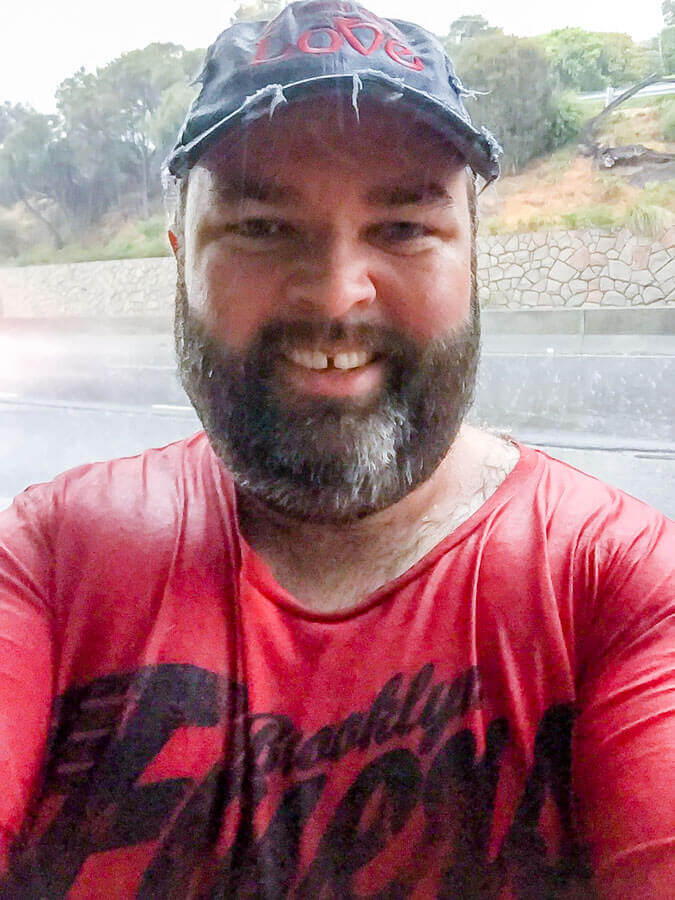 I was completely surprised at how much my fitness has improved over the last few months and seemed to ascend the hill with only a minor burning in my calves. About half way up, a light rain began. Certainly not enough to be bothersome, in fact it was quite refreshing. So we pushed on and before long, had reached the top and was feeling quite smug with myself. Not nearly tired enough to head back, we continued for probably another kilometre before turning round and heading back.

And that’s when the skies opened and the heaviest rains I’ve seen in a long time came bucketing down and there was no where to hide. Saffy tried hiding in a small bush, she’s always hated the rain. It didn’t work. She just got even wetter from the water that was already on the leaves. I wasn’t doing much better. I’d pressed myself up against a wall hoping for some protection until it blew over but within a minute, I had a waterfall cascading off my cap and an ocean in my shoes. I looked down at Saffy who was not impressed in the slightest and looked thoroughly miserable. I could totally appreciate her stance, the rain was bitterly cold and the wind wasn’t helping in the slightest. 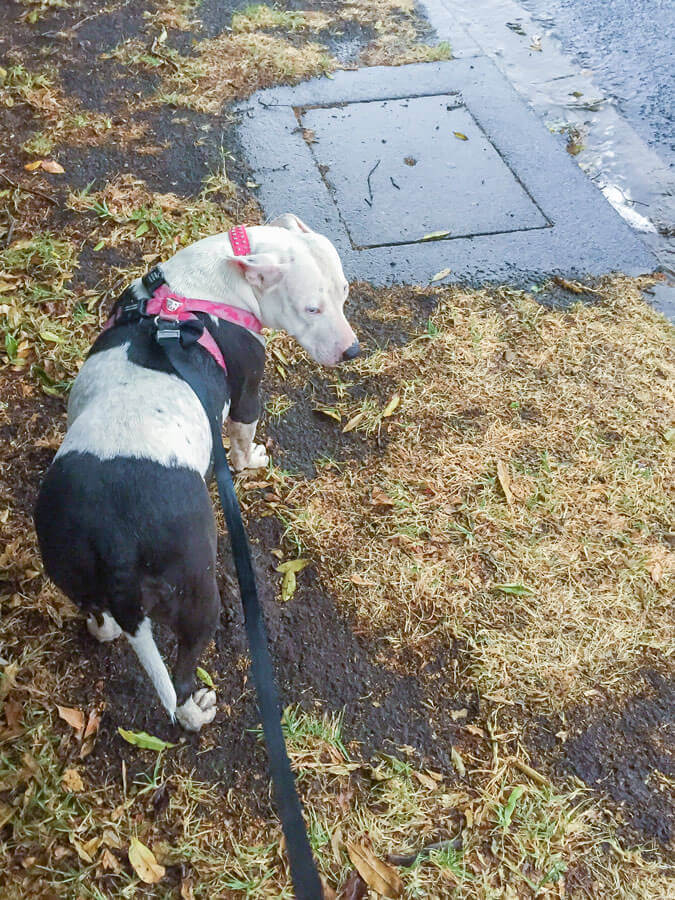 In this moment I had a choice to make. Although it was completely unconscious and instantaneous at the time, it was still a choice. I could either join Saffy and be miserable with her, or burst out laughing at the stupidity of the situation. Laughter inevitably pursued. I whipped out the phone to snap a shot of Saffy being all gloomy and managed to get a selfie before my hands became too wet to operate it. One of the downsides to touchscreen technology.

Realising the rain wasn’t going to ease anytime soon, and that we were both soaked anyway, I crouched down next to Saffy and ruffled her up a bit. My laughter seemed to be infectious and within a moment, her tail was wagging again and we set off down the hill and back to the car where I pumped the heating on full and got us warmed up.

There was a time when I would have instantly made a different choice. I would have been miserable with Saffy. Pissed off even. Especially when the phone stopped working. This would have only been amplified the wetter and colder I got. At 7 O’clock in the morning, this would have set a terrible tone that probably would have carried on for the whole day. By choosing to laugh instead, I not only energised myself, I was able to turn Saffy’s mood positive too. Not only that, it has put me in a good place for the rest of the day. We can’t always choose the events that happen in our lives, but we can certainly chose how we perceive and react to them. It is that choice that can carry or cripple us. 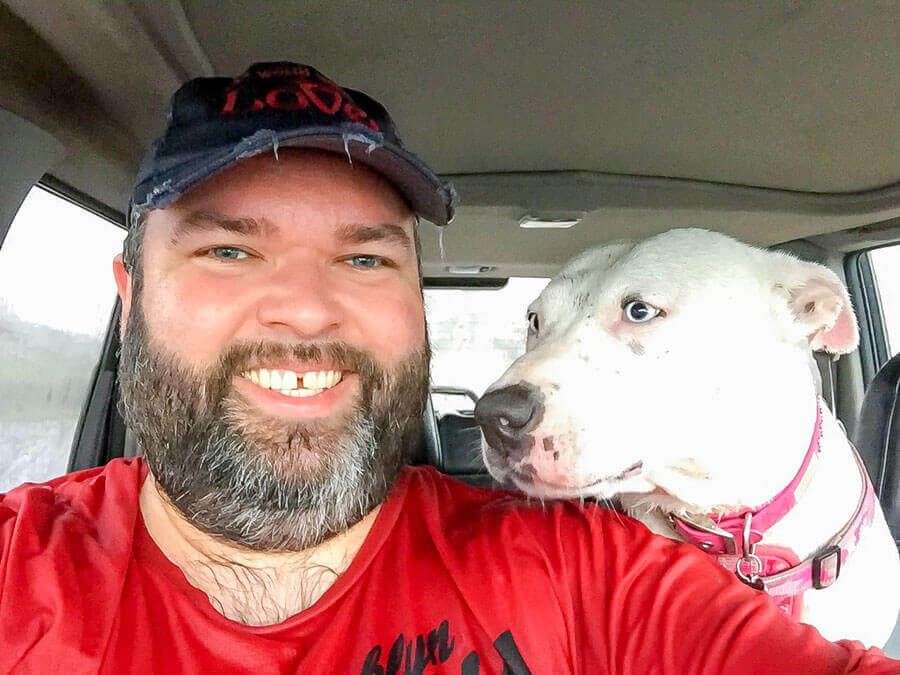